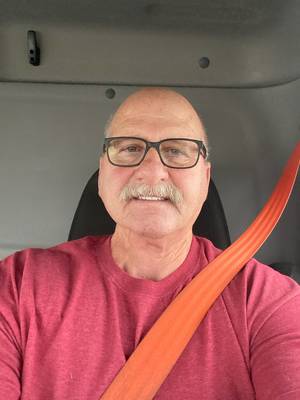 Frank Joseph Snyder was born to Albert and Emily Snyder in Fort Riley, Kansas on July 6, 1960. As a child he lived in Germany, Chicago, and then finally settled in Eugene, Oregon after his father retired from the US Army. He spent the rest of his child and teen years in the Eugene area where he decided to enlist in the US Marine Corps and where he met his wife, Kelly Womack.  They were married on November 6, 1979 and to this union they were blessed 5 children.

He served 7 and a half years in the Marine Motor Transport Unit, as a tractor-trailer operator, and separated as a CPL E4. He spent most of his life owning and running Rose’s Café with wife and children.  He took a break in 2007, needing a change and worked for Hops Extract Corporation of America for 7 years, drove truck for several companies, and then found a new home working for Linde Gasses as a cryofill technician, now known as Messer.

He loved salmon fishing on the Cowlitz River with his wife and children, scouting trees in the mountains for firewood, spending time on the lake in his boat with family, and attending life events graduations/ceremonies of his children.  Though his bouts with cancer effected some aspects of his life, he never let it slow him down.  He could be seen running around the yard, wrestling on the floor, climbing all over the playground equipment, swinging, riding bike and playing catch with his grandchildren, whom he loved to spoil.  He was there as much as he possibly could for his children and his grandchildren.

Grateful for having shared his life are his wife of 44 years, Kelly Snyder of Naches, WA and best buddy (dog) Axel; his children and their families: Nicole (Mark) Mehlhaff of Yankton, SD, Joseph (Rebecca) Snyder of Springfield, OR, Joshua (Megan) Snyder of Pasco, WA, Aslynn (Luke) Snyder of Vancouver, WA, Caleb (Kaylee) Snyder of Eugene, OR; his grandchildren Leah Mehlhaff and Daniel Snyder; and his brothers Ronald Snyder, Donald Snyder and twin brother James Snyder.  He was preceded in death by his parents.