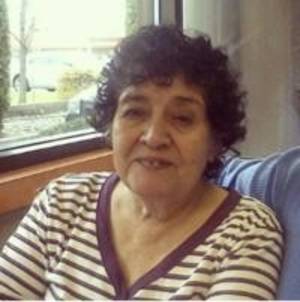 Rachel F Rodriguez “Raquel” went home to be with the lord on October 27th, 2021. She passed away at Arcadia Medical Resort Parkside in Union Gap, WA at the age of 83.

She was born to Marciano and Anastacia Rodriguez on January 30th, 1938 in Ciudad de Acuña, Coahuila, Mexico and was raised in Del Rio, Texas. The Rodriguez family later moved to and resided in the Central Valley Northern California area (Madera, CA). After marriage, Rachel moved to Washington state and spent most of her life raising her family in the Yakima Valley (Harrah, Wapato and Yakima).

Rachel worked and held various jobs throughout the Yakima Valley as a Seasonal Farm Laborer and many years with Libby’s and Del Monte as a Cannery Sorter.

Rachel had a passion for cooking, baking (from scratch), canning her own fruits/vegetables and singing in the church choir amongst many other various church held activities. She served the lord throughout her entire life. She was part of the early years of Wapato’s Templo Christiano, then later after residing in Yakima for many years, attended the Abundant Life Asambleas de Dios (Spanish Assemblies of God). She enjoyed playing the harmonica and would love singing and listening to gospel hymns. One of her greatest joys was attending her large Rodriguez Family Reunions held throughout CA and TX. She loved her Rodriguez Familia.

She is preceded in death by her parents: Marciano & Anastacia, sisters: Trinidad (Trine), Maria, Esther and brothers: Moses (Moises) and Tiofilo (Tuffy), and survived by brothers, David and Enoch Rodriguez, and many nephews and nieces (Rodriguez/Serna families).

The family wishes to thank Arcadia Medical Resort Parkside for their care and support during mom’s final days.

Viewing and service will be on November 12th, 11:00 a.m. at Rainier Memorial Center in Terrace Heights, WA, with a reception to follow at the church, Abundant Life Asambleas de Dios, 1014 S. Fair Ave., Yakima, WA.