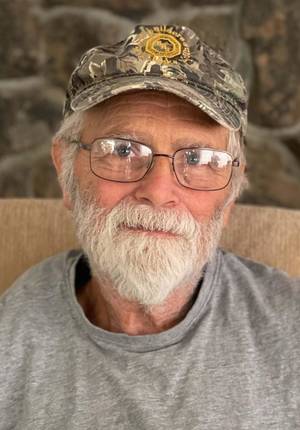 Surrounded by family, Larry Ray Giffen of Yakima passed away peacefully on September 27, 2021, in the house he built with his father. He was 75 years old.

Larry graduated from A.C. Davis High School in 1964, where he played basketball and football, later attending Eastern Washington University on a basketball scholarship. After graduating he returned to Yakima and bought a ‘66 Corvette Stingray 427 convertible. Though he would own three more Corvettes in his lifetime, this one was special: in the fall of 1969, he drove it to a blind date where he met the woman he’d one day wed, JoAnne Van Wechel. After marrying in 1971, the couple raised two children, Craig and Teresa.

Larry enjoyed camping, backpacking, hunting, and fishing, instilling his love for the outdoors in both his children. Favorite spots included Clover Springs, Twin Sisters Lakes, and Cougar Lakes in the Cascades. Favorite trips included two kayak expeditions with his son: a four-day trip around Ross Lake in the North Cascades and a five-day trip down the Willamette River in Oregon.

A master craftsman, Larry spent much of his life building, welding, wiring, sanding, painting, sewing, and cleaning, never stopping until his work was sturdy, straight, smooth, or otherwise perfect. “DIY-ing may not save time or money,” he’d say, “but at least you get exactly what you want.” It was this belief that eventually led Larry and his wife to build their own house, choosing a plot of land west of Yakima with sweeping views of the Naches River. Aided by his father, a retired carpenter, he finished construction in 10 months. However, his work continued for decades as he optimized and perfected the house inside and out, building cabinets and furniture, creating outdoor walkways and seating areas, arranging rocks, and planting trees, flowers, and grapevines within the native sagebrush and basalt landscape.

Despite his talents and accomplishments, Larry kept it humble and sometimes silly, unconcerned by his dented pickup and ripped jeans (which he “repaired” with duct tape). He enjoyed simple moments: hearing loved ones laugh, treating Anna (his beloved dog) to an ice cream cone, and talking home improvement plans with his wife. He often could be seen looking out across his land, watching deer, robins, quail, and other creatures gently go about their lives.

Larry spent his final months in the loving care and company of his wife and children, eating desserts for dinner, chatting with classmate Dick Soderstrom, fondly sharing stories of pranks and hijinks (many starring his best buddy, Terry Isom), and doing what he loved most: working long hours in service to his house and land and the family who will always consider this place home.

The family extends heartfelt thanks to the Yakima Memorial Home Hospice Team — particularly nurses Joleen Ringer and Tana Church — for their compassion and support.

At Larry’s request there will be no memorial service, but the family asks that you honor his memory by eating pie for dinner, reconnecting with an old friend, or quietly taking in the beauty of the natural world around you. If you wish to share a memory of Larry privately with his family, please email larrygiffenmemorial@gmail.com.