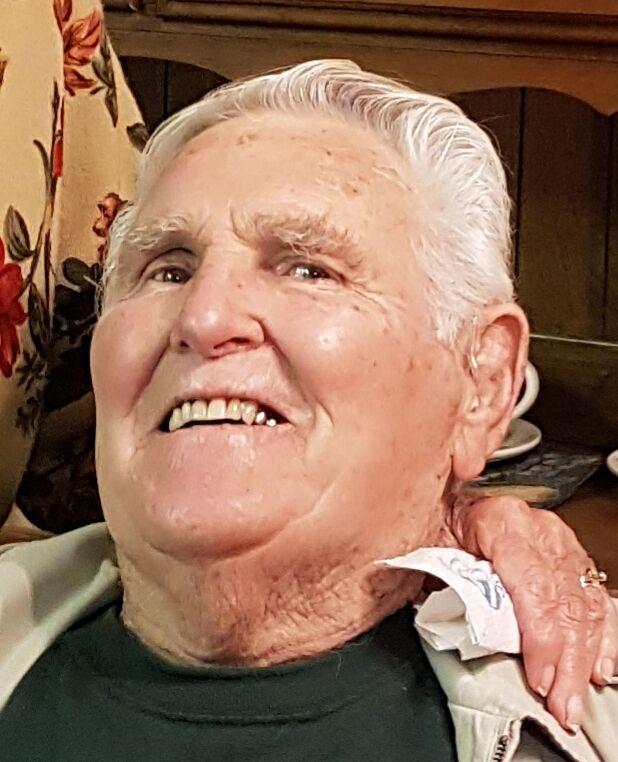 In 1938 they moved to Lower Naches where Wes attended school, graduating in 1951. He was an excellent athlete and was an All Valley football player.

After graduating he enlisted in the Air Force and ended up in Mt. Clemons, Michigan getting a home cooked meal, and a wife.

He joined the carpenters union and remained a member for life. Using his skills he built a home and started a family.

In 1963 he moved back to the Yakima area and bought a small fruit ranch in Lower Naches.

Hunting, fishing, camping and hiking were some of the outdoor activities which he instilled in his boys.

Traveling was also a favorite and it was a toss up between Alaska and Hawaii.

In 1979 he purchased the “Rio Vista,” a cabin on Chinook Pass, which became a second home, hunting camp and gathering place for family and friends.

Wesley will be greatly missed by all who knew him.

Graveside services at Tahoma Cemetery at 9:00 AM on Friday, February 5th. Virtual services available on Rainier Memorial Center on Facebook, click on like. Memorial service at 10 a.m., Selah Stone Church.