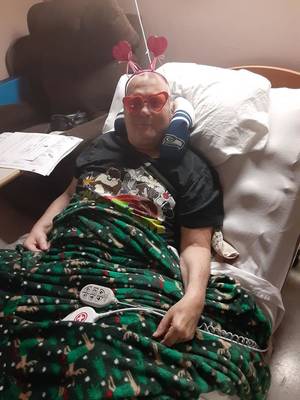 He was born on May 31st, 1953 to Bill Haggerman and Marie Kelly in Oregon. His stepfather Jim Box raised him.

He moved to Yakima, attending Franklin Middle School, and was in the graduating class at Davis High School of 1971.

Michael married Paula Harrington, and they had 3 children. He worked for Snyder’s Bakery for many years. He also enjoyed umpiring baseball. In later years he was owner at the Royal Bavarian Bakery in Selah.

He had a passion for baking. He loved to cook for his church. His faith in God was strong and he was a member of Life Church in Union Gap. He cooked for the homeless at Camp Hope. He liked to make a difference. He touched many people’s lives. His time with us was cut short, and he will live in our hearts forever.

Michael is survived by 3 children, his son and daughter-in-law Jordan and Andrea Box of Vancouver, Canada, daughter Carlie Box, and son Cameron Box both of Yakima; siblings Beverly and Johnny Davis of Rathdrum, Idaho, Nathan and Becky Clayton of Canby, Oregon, Sherry Weber of Texas, and Tina Wedlak of Utah; 2 grandchildren, Alexis Guthrie and Carsyn Logan, and 1 great-granddaughter, Kaiah, all of Yakima.

Anyone who would like to attend service at a later date please contact daughter Carlie at (509) 480-5353 for details.