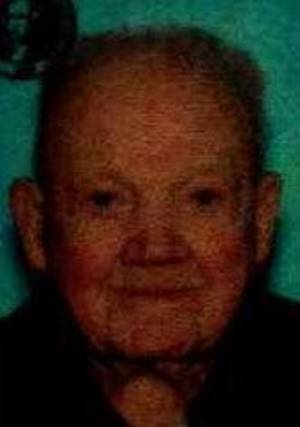 Wife Judy followed Wallace to heaven on the following Tuesday 3-10-2020. They are now at rest.

Wally served in the United States Navy on the ship the USS Thuban (AKA-19)during WWII. Upon returning he worked for Pepsi Co. and then got hired by Yakima Manufacturing, where he remained until his retirement. When Wally was born, his parents knew he was special so they named him after William Wallace, a Scotland hero. Wally also grew tobacco, entering it in the fair and receiving many blue ribbons.

After retirement, Wally spent his spare time hunting and fishing. He particularly liked to hunt moose in Canada where he harvested 28 moose over his lifetime.

Wally was also fortunate enough to go on a fishing trip to Mexico where he landed a 14 ft. sailfish, which he had mounted and displayed in his office at home. When he wasn’t hunting or fishing the family had a trailer at 12 West where they would go with family & friends to enjoy the weekend.

Wally was an avid storyteller and talked about his many life experiences which included his going to the mountains each year to meet with Chief Joseph to work in the hops. He also had two cats, Lil and Milo, and the grand dog Hazel. There was a pair of horned owls that would return to the property to raise their young and when one would fall out of the nest Wally would pick them up and return them to their nest. He would polish his lawn tractor until it gleamed and would ride it down to the brewery, when asked why he polished it he would say, “Well the ladies really like my tractor and some ask if they can sit on it.”

Wally was a lifetime member of the VFW and the American Legion. He also played baseball for the VFW and was a professional boxer in his younger years.

Arrangements were cared for by Rainier Memorial Center.