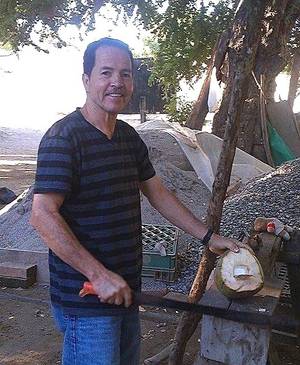 Andres recently celebrated his 40-year class reunion during school he enjoyed playing soccer and was a boxer that went by the name “Caballito Pelayo”. After high school Andres attended school to be a radio technician during that time, he enjoyed being a part of the radio club and was known by his code name “Bucerias”.

Andres later moved his family from L.A. to Yakima, WA in 1995. Andres would travel from Yakima to Seattle working construction, he was in construction for over 40 years. While in Seattle he lived in Kent he would stay with the Arreola family; Francisco, Maria, Francisco Jr., Omar, Anahi, Sophie and Diego. He was a friend to everyone he met. He would often do side work for friends and family on his weekends home.

He was an amazing husband; father and his greatest joy was taking his grandchildren to donuts every Saturday morning for the past 19 years. He loved music, 70’s Volkswagen buses and cars in general.

Andres’ wife, children and grandchildren were proud to call him there’s. He will be greatly missed by not only his family but everyone who was lucky enough to know him.