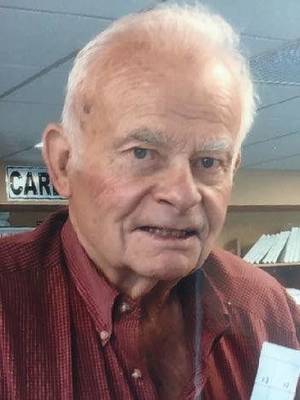 On February 29, 2020, at 10:10 PM, Dale Kepley peacefully passed away. These last years and chapters of Dale’s Story had been filled with many challenges relating to his health. From open heart surgery, bouts with rheumatoid arthritis and pneumonia, and finally cancer, much time was spent in medical facilities. However, his final chapter proved to be a storybook ending. By his side, at his home in Naches, WA, were his wife Joy (Anensen), and his three children: Danny Ray, Dale Allen, and Brenda Sue (McKenzie).

Dale’s journey began on June 10, 1938, in Earlton, Kansas. His birth came unusually late in the lives of his parents Ethel (Budgen) and Walter Kepley. Having lost their first child, Dorthy Lou, many years earlier, his birth was an unexpected and joyful blessing, which became the springboard to a new life. Shortly thereafter, this old, yet young family moved West, settling on a farm in Grandview, WA. Dale’s early childhood instilled in him a desire to bring life to the land. And as he grew, he also developed an equally strong passion for competition and sport. When Dale graduated from Grandview HS in 1956, this “swell” guy had earned the respect of students and teachers alike. Having been captain of the football team, a track standout, a respected FFA member, an elected ASB officer, and a Letterman’s Club member, Dale firmly built a foundation to support his entire life. After high school, Dale focused on a promising football career. He played his first college season on the gridiron at Yakima Valley College. He went on to play his second season at Utah State. To his great disappointment, however, this career came to an abrupt end with a debilitating knee injury that he would be reminded of throughout his life.

The next chapter in Dale’s life began on New Years Eve, 1961. At a dance at CWU in Ellensburg, he met Joy Anensen, a recent arrival from Elma, WA. Their favorite song, “Little Things Mean a Lot,” epitomized a courtship which culminated in their wedding on September 21, 1963. Together, with joy, their lives grew quickly and bountifully. While Dale studied electronics at Perry Technical Institute in Yakima, they had their first child, Danny, in December, ‘64. The very next year Dale graduated, and began working for Pacific NW Bell Telephone Company. During this time, Dale grew as a family man, father, farmer, and “phone man”; and in May, ‘67 Dale happily gave his name to his second son. Two years later, Dale’s work moved the family to Ritzville, WA. Many memories and friendships formed during this two year “adventure.” Dale’s greatest achievement, however, was the addition of his daughter to the family in August, ‘72. Just months later, the family moved to a 20 acre farm in Toppenish, a place Dale would call home for the next 35 years.

On the farm, Dale nurtured all he touched. From the calves he helped birth and bottle feed, to the cows he milked by hand, and the pastures and gardens he helped grow too rich abundance. And this nurturing extended well beyond the farm and family. It included the young men and women he coached in sport, the boys he taught as a Cub Scoutmaster, the bonds formed on the handball court at the YMCA, and the many friendships he grew.

In 1995, Dale happily hung up his title as a telephone man. However, not ready to retire, he began work as a bailiff for Yakima County Courts. Dale found this second “career” fascinating, and he especially enjoyed all the interesting people he met. It was during this time that Dale’s body began to show weakness, something mostly foreign to him. Eventually his physical struggles lead he and Joy to sell the beloved farm, and in 2008 they moved to Naches and began nurturing a small 2 acre parcel.

Dale’s last decade included stories of great physical struggle. But his perseverance and zest for life always carried him forward. He continued, as able, to work on the farm, and at numerous projects in his much loved shop. Dale and Joy also found great enjoyment participating in every conceivable valley event and gathering. Together, they also would often travel to the Seattle area to spend time with their family and five grandchildren. The grandchildren include Gabby, Garrison, and Grant Kepley; and Nathan and Rylee Mckenzie.

Dale loved conversation with family and friends, and would often be the last to leave any social gathering. To Dale’s great disappointment, he will not be the last to leave his Epilogue Celebration. This event is currently scheduled at the Clemans View Sports Park at 8894 US Hwy. 12 in Naches, WA; on June 13, 2020 from 11:00 AM to 2:00 PM.