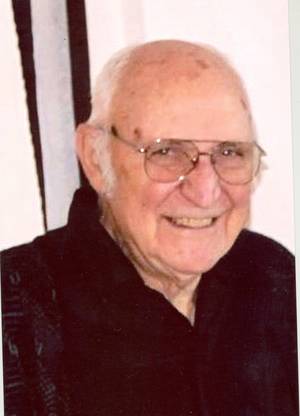 On February 13, 2020 we lost a kind & loving man, Clemens John Falkenhagen, 85 of Selah Washington. Clem was born November 1, 1934 in Belfield, North Dakota to Chester and Emilia Falkenhagen. He grew up in Selah Washington as the oldest of 3 boys & remained big brother, confidant, and friend for his entire life.

Clem and Dorothy were married in October of 1957, when he was on leave from military training.  Clem proudly served our country in the US Army.  While serving, he earned a Good Conduct Medal.  Though they never met, Clem was stationed in Germany at the same time as Elvis.  When Clem was released from service in 1959, they lived in Selah where they continued to work together in the orchard until 1962, when they moved to western Washington where Clem began to work as a painter for Boeing. They were married for 13 years, and were blessed with two daughters, Debbie in 1958 and her younger sister Cindy in 1961.

When Clem left Boeing, he established a new upholstery business, Style Rite Interiors in Des Moines, WA.  After living alone as a bachelor again for many years, Clem’s father’s second wife, Naomi, successfully created a match made in heaven. She introduced her daughter Bonnie Magers to Clem.  Rumor has it that Clem was so taken with her that he proclaimed nothing was going to get in the way of their first date.  In fact, while secretly suffering a massive migraine headache, he drove her all the way to Selah to see her mother.  Bonnie claims the marriage that lasted the rest of their lives was all her mother’s fault.

Bonnie and Clem were married on the patio of Clem’s family home on July 15, 1978.   On this day, two families became one.  Bonnie and Clem lived in Des Moines, Washington until the late 90’s when they moved to Selah, and the home they were married in became theirs.

The life they built together was full of love.  In this home they shared many happy years together. They loved the moments when their home was filled with friends, family and especially grandchildren.

In addition to family, Clem loved camping, fishing and bringing classic cars back to life.  Clem felt extremely connected to family.  He lived for the weekends.  Bonnie and his brothers all tell the same story, like clockwork he could be counted on to follow his weekend routine:  On Friday he called his brother Ron.  On Saturday at 7:00 am he called his brother Bob, at 7:30 he called his daughter Cindy and at 8:00 his daughter Debbie. On Wednesdays, while Cindy was still working, he would text her and say, “Well Sis, it’s hump day!!”  The family will miss those cherished calls.

There are many family bonding moments built on fishing, dirt bike riding and camping.  Clem loved to camp at Buck creek and enjoyed many camping trips with his children and grandchildren.  His spontaneous one on one camping trips with Mandi were particularly treasured. She remembers the bowls of cereal and toast in the oven they shared, which meant Grandpa didn’t have to cook.  He also loved to fish, especially with his Son in laws, Brothers, and Nephews. Though he loved these trips and is remembered as a fisherman, it is noted that he really hated to clean the fish and didn’t really like to eat them either.

Restoring cars was a true passion of Clem’s, sadly he leaves a few unfinished.  The project he might have been most proud of was restoring a 1966 convertible Mustang for Debbie and Dan.  Many enduring friendships have grown from a shared love of Classic Cars.

His love of family is exemplified in the words of his daughters: “The one constant in life we could always depend on, no matter what the situation or the time of day… Dad would always be there to make it right again.  He wasn’t only our father… he was a hero to two daughters who will always be so very thankful to have such a kind and loving father.”

In lieu of flowers, donations may be made to St. Jude Children's Hospital.