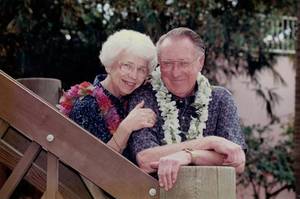 It is with sadness that we announce the passing of our loving mother Ada L. Brandt on December 12, 2019. Ada was born on December 20, 1926 to Henry and Connie Boorsma. She graduated valedictorian of her class at Moxee High School. She continued her education at Central Washington College. Ada was working in Yakima as a secretary when she met Everette Brandt through mutual friends. Ada and Everette were married in 1947. They worked together in the fruit industry with Ada doing the office work until her retirement at the age of 80.

She was preceded in death by Everette, her parents and her brother Harry Boorsma. A celebration of life will be held at a later date.

She is at rest now in the arms of her loving Savior, Jesus.