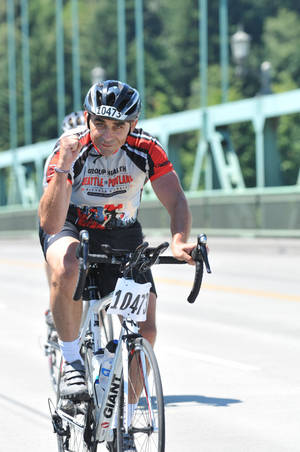 Rodney Ernest Siebol passed away peacefully in his sleep on July 10, 2019 at his home in Yakima, Washington.

He was born on January 8, 1959 to James R. Siebol and Karen Murillo in Yakima. In Rod’s early years, he attended Oroville Middle and High School until the start of his junior year when his family moved to Yakima and he graduated from East Valley High School in 1977. While in Oroville and East Valley he played football and basketball.

After graduation from East Valley he attended Spokane Falls Community College for two years, playing on the basketball team. He continued his studies at Eastern Washington University.

Rod married the love of his life Adeline Siebol on May 22, 1982 in Yakima. After his marriage, Rod became co-owner of Circle L Dist. Company with stores located in Yakima, Sunnyside and Zillah. He sold his interest in the business and then worked for R&R Distributing of Yakima. He soon found a profession he loved when he became a Regional Manager in the Grocery Wholesale business.

Through hard work and a positive attitude, his clients got used to great customer service. Rod won many sales awards from the companies he represented. He developed many friendships throughout the Yakima Valley.

Rod was a huge sports enthusiast. He loved the Seahawks, Mariners, and Washington Huskies athletics and was always attending local high school sporting events. He grew passionate for CrossFit and cycling. He once participated in the 200+ mile Seattle to Portland (STP) bicycle ride.

The legacy Rod left his family will be forever entrenched in our lives. He will be greatly missed here on earth, but we know God called home our hero.

A Mass of Christian Burial will be 10 AM, Thursday, July 18, at Holy Family Catholic Church.

The graveside committal will follow at 1:30 PM, at Terrace Heights Memorial Park.